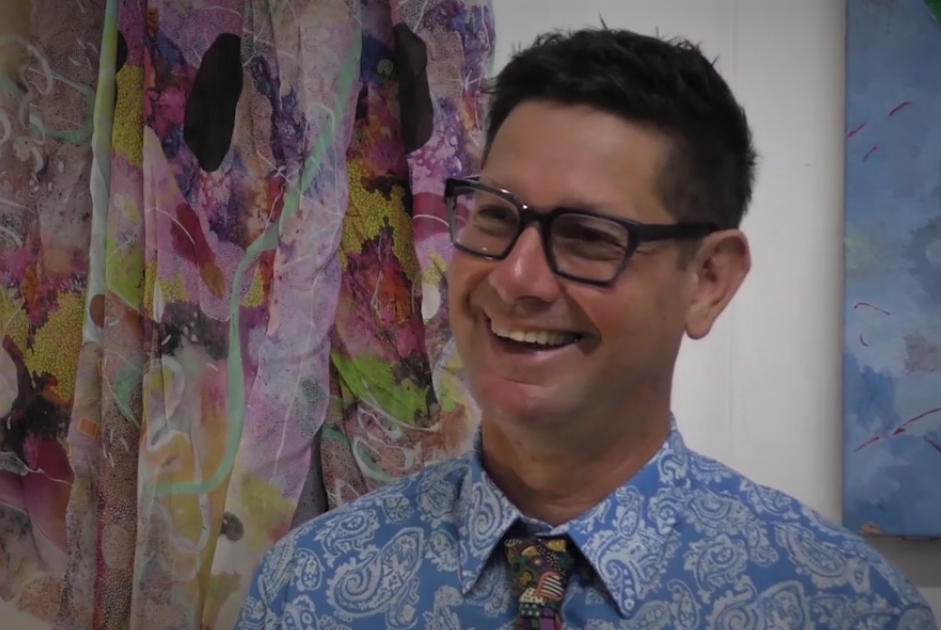 Evan Woodruffe graduated from Elam, the University of Auckland with an MFA (1st Class Hons), and is the recipient of the 2011 Molly Morpeth Canaday Major Award and 2003 Becroft Premier Award. He is very active in the visual arts community, running Akepiro Artists’ Studios since 2007, and is current Chair of the Artists Alliance.

Evan has been published in Huffington Post and twice in Art New Zealand. Writer Lucinda Bennett calls his works Wet Maps, “living, breathing ecosystems, and visualizations of a new kind of urbanism”, and they suggest a fluid way of encountering the world.

With private and public gallery exhibitions nationally, Evan has recently taken his work to the wider Asia-Pacific region, with shows in Sydney, Melbourne, and Beijing. In September 2017, he is presenting a major new work at Sydney Contemporary Art Fair.

“Working from Aotearoa New Zealand can be isolating. Being involved in initiatives like VOX365NZ helps to connect me with audiences overseas, and gives those audiences insights into the creative environment operating here. The discovery of common ideas and themes then helps drive collaborative and reciprocal projects.”

END_OF_DOCUMENT_TOKEN_TO_BE_REPLACED

Interview with NZ TrioNZTrio has captivated music-lovers throughout New Zealand, Australia, Asia, South America, the USA, Europe and Scandinavia. Recent highlights include a contemporary Chinese music recording project in Hangzou and a...

END_OF_DOCUMENT_TOKEN_TO_BE_REPLACED

Interview with Professor Chris Braddock at AUT, Auckland, NZ. An artist and writer, Chris Braddock teaches and supervises in the postgraduate department of the School of Art and Design and focuses on practice-led PhD projects in the areas...

END_OF_DOCUMENT_TOKEN_TO_BE_REPLACED

As her practice is situated around the concerns of how the body holds its history, and how the recalled history can emerge through the act of making contact with materials, Han Nae seeks to discover ways in which artist’s body operates as a...